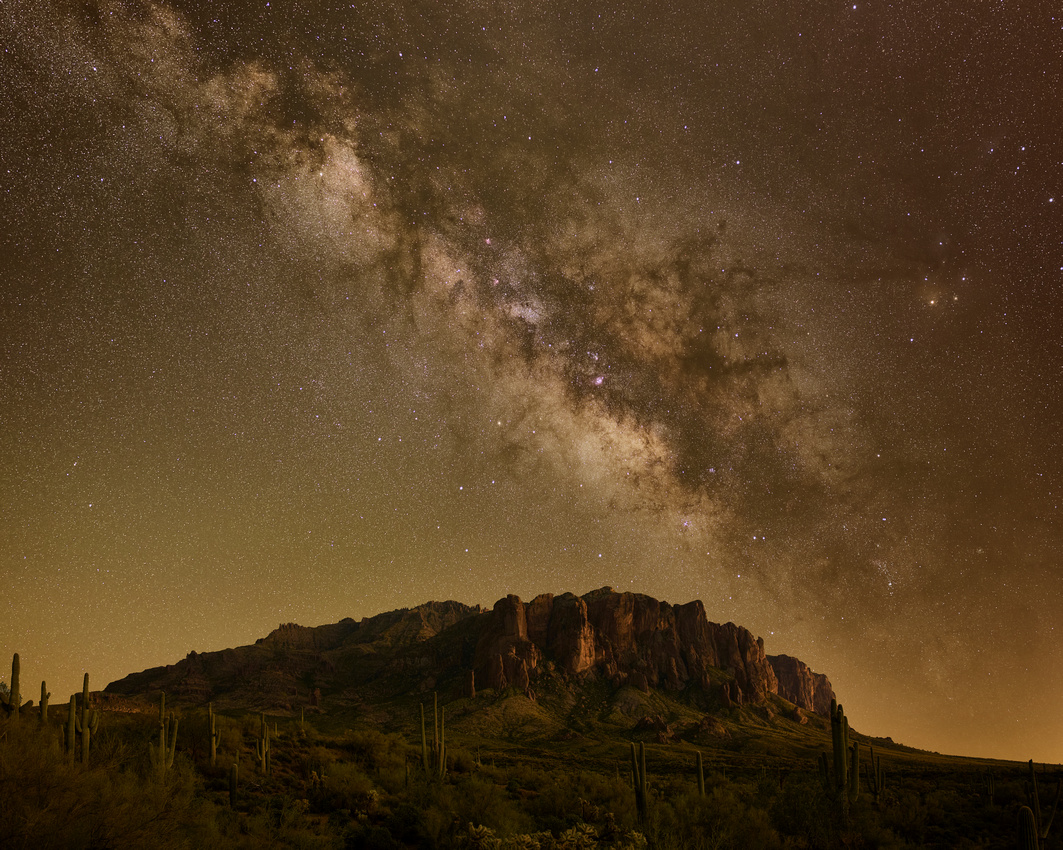 As a kid I was fascinated by the Milky Way.  Unfortunately, I grew up in areas with a lot of light pollution, so opportunities to see it were vanishingly small, especially since my family wasn't one for camping.  Shortly after I graduated from college I had the opportunity to move to a more rural part of the state for work.  With minimal light pollution the Milky Way was on full display.  I remember sitting on my deck late at night with all the lights off, watching the glittering arc of stars slowly turning overhead, and my interest was rekindled.  This was about the time I decided to get more serious about my photography hobby and purchased my first DSLR (a Nikon D90).

I tried to take pictures of the night sky, but I didn't have any idea what I was doing.  I didn't know about trackers, or much in the way of optimizing exposure.  The kit lens that came with the D90 was a great lens, and the D90 was a great camera, but both weren't up to the challenge and my lack of experience.  As it was, my photographic interests lay elsewhere and I only dabbled with photographing the night sky.  Without tracking I relegated myself to taking pictures of star trails, struggling to find appropriate foreground compositions to complement the circle of stars in the sky.

Now, fast forward about a decade, and I've learned a thing or two.  I've taken a few pictures here and there that I've been pleased with, but with the Milky Way season for 2022 fast approaching I decided to improve my pictures.  Now I'm armed with a star tracker, a far superior camera (Nikon Z7), much better glass (Nikkor Z 20mm), a star tracker (MSM), and a little bit more knowledge.  I spent hours in my backyard practicing polar alignment and exposure techniques, managing to get some good pictures despite the heavy light pollution.  Once the Milky Way was fully in the night sky I started heading out to locations close to home for more practice, waking shortly after midnight and making the hour long drives to take pictures.

That's how I arrived at this picture, the first "practice" shot of summer 2022.  The sky and foreground were shot separately and stitched together in post processing.  The sky is composed of several tracked images, all stacked together to bring out more detail.  The lighting on the mountains is from the city.  In fact, there was a heavy light pollution gradient that I had to edit out in the sky (and mostly crop from the final image).  I try to keep the colors natural and show the Milky Way and landscape as they would appear.

I'll be posting more pictures as the summer progresses and I refine my technique.  I was on Instagram for a while, but I'm leaving that platform to publish on my own website where my work can be viewed free from the distraction of ads and the noise that comes with social media.